Ouch! is a 7 piece covers/party band of experienced musicians fronted by 2 great female singers. The band just loves playing live and is available for parties, weddings, corporate and outdoor events. The set list has something for everybody with pop, rock, soul and disco/funk music from the present day back to the 1960's. 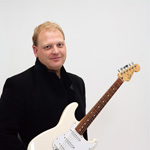 Andy BissellLead GuitarKnown for his guitar solos which he reels off with consummate ease, Andy is also known at times to don his leather trousers to augment his rock persona. 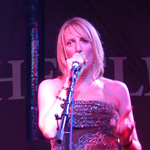 Deborah Hill (Uma)Lead VocalsWhether she is singing lead vocals, harmonising or providing backing vocals Uma has a very professional approach to her vocal duties. When the band gets together away from the stage Uma is known to rustle up a tasty curry. 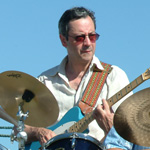 John CharltonRhythm GuitarThe unsung hero of the band Charlie helps hold it together and gives the songs their rhythmic backbone. Alongside his guitar duties Charlie is also our PA technician. 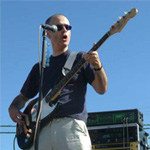 Steve Riff DaymondBass & VocalsPart of the rhythm section Steve helps to anchor the harmonic framework and the beat for Ouch. Steve adds occasional vocals as required. 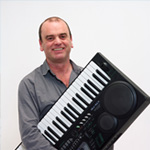 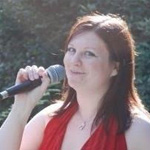 Emma RobertsLead VocalsOne of our latest recruits, Emma has followed her welsh roots by taking up vocals as her chosen role in the band combining well with Uma in singing lead, harmonising and backing vocals. 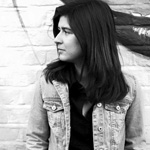 Ellie DaymondDrumsAnother one of our latest recruits, Ellie is the powerhouse drummer in the band. Ellie belies her age by providing beasty beats across a range of different genres of music.